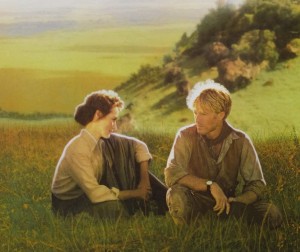 HOW PERVERSE IS THE LAW OF THE JUNGLE? ARE TOO MANY INDIE BOOKS BORN FREE?

Of course, I meant to say, ‘reborn free’ after a brief float in the harbor of desperate measures, and before embarking on a doomed journey on the library Titanic – the bookstore that shall not be named.

Please excuse a proliferation of mixed metaphors but jungles and oceans have a lot in common for indie publishers. We are often lost at sea and mired in jungle fever without a paddle. And now there are more rules and there aren’t enough lifeboats (I mean reviews) to save us.

OUT OF THE MOUTHS OF STORYTELLERS

We indie authors march to the same literary drum as those who are traditionally published but the machetes we use to slash through the undergrowth look an awful lot like a pen. Less is not more. The pen is not mightier than the dollar. We work hard against an increasing tsunami of opposition making unnecessary waves. A few water-wings may save a few books if you know how to play the game that the big-game hunters play.

It seems wise to take a page ‘OUT OF’ another author’s book. And, if not an entire page, then a few snippets of dialogue based on the African memoirs of Baroness Karen von Blixen-Finecke, published under the pen name Isak Dinesen’s. It’s inspiring to hear a distant jungle drum with conversations of literary hope… and more power to the indies.

MY FAVORITE MOVIE ‘OUT OF AFRICA’ SPEAKS VOLUMES:

“I happen to be rather good at stories.”

ME: “Of course you are and when you publish them you should get paid for that!”

“We should have a story now.”

ME: “This is going to be good. The movie begins with strains of Mozart as if played under water and the visual hook of a tiny train in a vast expanse of the Serengeti plains, chugging into a story. I hear the poignant sound of an elephant trumpeting but that’s only in my imagination because I’m already there. I’m on the train. Out my window is a landscape that belongs to lions and giraffe and elephants. The female narrator delivers a moving voice-over as a soft Danish memory… the haunting phrase: I had a farm in Africa. I’m hooked. Then, the lilting poetry: “I had a farm in Africa. I had a farm in Africa at the foot of the Ngong Hills. I had a farm in Africa.” Her last plaintive refrain fades into a symphony. I LOVE this story.

DENYS FINCH HATTON – giving Karen a pen as payment for a story:

“We pay our storytellers here.”

“But my stories are free, and your present is much too dear.”

“Write them down sometime.”

ME: “Great idea, but writing stories ‘down’ is a lot harder than spilling beans around a safari campfire. It’s not a hobby. The written word requires a serous commitment of time, sometimes years.

A good writer must study the craft of writing. They must work on weekends and holidays. Focus is a big thing. One must experiment with subtext and familiarize themselves with the business of publishing. They must have a solid understanding of pacing and structure, story arcs and themes, plots and subplots, dialogue, and the subtle nuances of exposition and narration. They must create and invent and research. They must grapple with first person point of view vs. third, and tie up all the story questions in a satisfying conclusion that is neither stale, expected, nor lame. They must subject their manuscripts to harsh critics, revise, polish, and revise again. Not a hobby!

And if that’s not daunting enough, an indie author must hire a plethora of professional publishing services while dodging the predators who call themselves publishers but are really wolves in librarian’s clothing. Indies are advised, nay compelled to market and blog and schmooze when their first preference is to write their next book.

Did I mention out loud that WRITING A NOVEL IS NOT A HOBBY.

KAREN BLIXEN *speaking of her adopted Kenyan landscape of opportunity:

“Every time I try to tame it, it goes wild again.”

But if a writer isn’t fortunate enough to own a coffee plantation, or one that, like Karen Blixen’s, is being reabsorbed by an encroaching jungle, they must resort to investing in endless cups of high-priced lattes and espressos in expensive cafes where… (I knew I had a point to make) a single biscotti costs more than most e-books.

Novelists are urged, nay compelled to eat real food once-in-a-while, keep a roof over their heads, and pay all those editors and technicians and graphic designers who, quite deservedly, charge more per hour than the price of a single paperback edition. They eat ahead of us. And here the food chain takes a dangerous off-trail hike through book-eating territory.

Sometimes it feels like we indies are scavengers picking the bones of a gazelle after everyone else has feasted.

ME: “Not any more. The jungle floor is littered with books. There’s no room to swing a lion cub in there. The bookshelves are miles long and reach the stars… which brings me to another set of sharp teeth. Reviews are sometimes harshly monitored (read deleted without just cause) and yet often, the worst and most obvious review offenders are taken at their word. Authors may not review each other. No reviews can be purchased with the exception of a few high-profile professional reviewing businesses that charge upwards of $500. As Woody, the ‘Toy Story’ cowboy often likes to shout out: somebody’s poisoned the water hole!

So, it would seem the ‘King of the Beasts’ even rules the stars

All things being equal, and by the way, since NO BAOBABS HAD TO DIE, shouldn’t all e-books be priced ‘fair and square’?

For many Indie Joneses, falling into the trap of a permanent bargain-basement bookstore is as horrifying as a pit filled with snakes. It’s a last circle of hell that would even freak out Dante.

I REMAIN ‘OUT OF ANSWERS’:

What e-book price is a fair sweet spot?

What artificial-sweeteners poison the water hole?

Must Indie authors be reduced to lion fodder in a skewed coliseum where the survival of the fittest books requires wishing on five burned-out stars?

I think Denys would have our backs.

Veronica Knox has a Fine Arts Degree from the University of Alberta, where she studied Art History, Classical Studies, and Painting. In her career as a graphic designer, illustrator, private art teacher, and ‘fine artist,’ she has also worked with the brain-injured and autistic, developing new theories of hand-to-eye-to-mind connection. Veronica lives on the west coast of Canada, supporting local animal rescue shelters, painting, writing, editing other author’s novels, and championing the conservation of tigers and elephants, and their habitats. Her artwork and visuals to support ‘Second Lisa’ may be viewed on her website - www.veronicaknox.com
View all posts by Veronica Knox →
This entry was posted in Books, literary fiction, romance, Silent K Publishing, V Knox, V. Knox author, Veronica Knox author and tagged ISAK DINESEN, KAREN BLIXEN, OUT OF AFRICA. Bookmark the permalink.

1 Response to OUT OF FAIRNESS