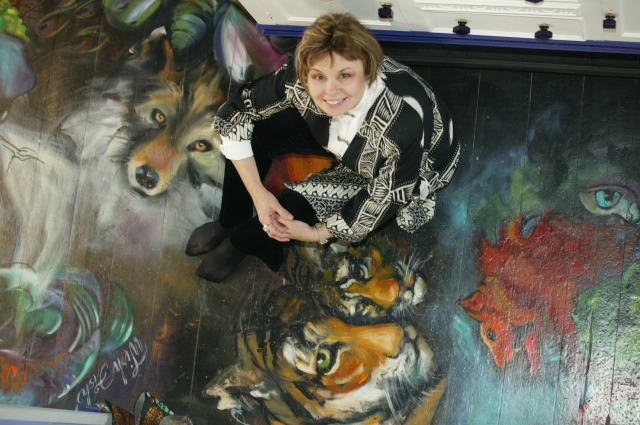 I write about what I know of painting; the feel and smell of working oil paint across a surface of gesso on wood or slippery canvas. I know the sound conté crayon makes across toothy handmade paper or red chalk on prepared wood. I know the fast slickety feel of linseed oil diluted with mineral spirits as a syrupy atmospheric glaze, and the thick glutinous slow of stand oil when it pours like old honey to prepare a golden varnish. I know how much orange to add to hot blue to cool it down for an autumn sky and that a cool blue is best when the grasses below it are in shadow. I know the tints and shades of sap green that stretch from sage to olive.

I write what I want to know: Where did a lost painting go? Who painted the trees in the background?

I write about what I don’t know: Who was the sitter in an old portrait? Who were the spectators in a crowd scene? What is the hidden iconography in a Jan Van Eyck masterpiece? What were the secret wishes behind each instance of pentimento? What was Leonardo like as a child? Who was his mother? Who did Botticelli love?

I speculate. I fantasize, and most of all I listen. And when I can’t hear their names or their stories, I imagine.

I am a female artist listening for the voices of silenced women who lived in times of cool blue mornings. The artist ghosts who worked as shadows in the great studios and hadn’t enough social varnish to seal their signature in a single document, let alone their historical footprints.

I write about the artists and their forgotten models: the trapped child brides, peasant mothers and babies, courtly lovers, abandoned wives, the mistresses closest to power, and the servant girls who were invisible long before the paint dried.