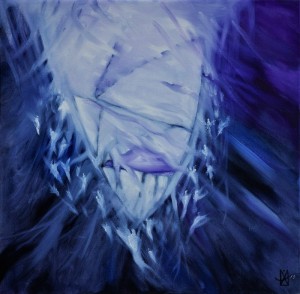 for ghostly goings on

When the last red leaves fall, the October sky darkens with rain and snow, and the frost on the pumpkin glows silver in the moonlight, banish the endless stream of seasonal macabre that play on human fear. Relax into a haunting story from the borders of the afterlife where historical fact meets wildly imaginative fiction, the ghosts are family, twists of fate transcend time, and love is more powerful than death.

WHAT IF – a woman is drawn to the Uffizi Gallery in Florence on the eve of her retirement where she is absorbed into Sandro Botticelli’s fifteenth-century masterpiece ‘The Adoration of the Magi’ to consummate her schoolgirl infatuation with the artist’s self-portrait? (‘ADORATION – Loving Botticelli’)

WHAT IF – the ‘Mona Lisa’ was Leonardo da Vinci’s kid sister? What if she’s been trapped inside her portrait for 500 years? What if an autistic boy visiting the Louvre is her knight in shining armor? (Book one of four: ‘LISABETTA – a stolen glance’)

WHAT IF – a telepathic teenage girl falls in love with a boy in a five-hundred-year-old painting? What if her consciousness is transplanted into a charismatic artificial intelligent time traveler? What if the continuing afterlife, past-life, and future life of two women with the same memories become rivals for the ghostly lover they now share? What if two female ‘art-whisperers’ struggle against their conflicting goals to mine the distant past for sentient paintings willing to divulge the secrets of their shared lost identity? Will it take two lives to make one woman? (‘THE INDIGO PEARL and ‘PEARL BY PEARL’)

WHAT IF – two children aboard the Titanic were meant to marry? What if only one survives? (‘THE UNTHINKABLE SHOES’)

WHAT IF – a Y/A time-slip fantasy links Pangea, Ancient Egypt, Mars, and a mystical corner of Northumbria near Hadrian’s Wall? What if a band of topiaries wander the grounds of a disgruntled stately home at night? What if a colony of royal cats held the secret of time travel? What if the Green Man, Leonardo da Vinci, Nicola Tesla, Vincent Van Gogh, and C.S. Lewis aid a pair of telepathic twins to resolve an ancient curse? (The Bede Trilogy: ‘TWINTER’, ‘TIME FALLS LIKE SNOW’, and soon *book 3 to be released in 2019, ‘TOMORROW AGAIN’).

WHAT IF – the girl in Vermeer’s painting ‘Girl with a Pearl Earring goes missing from her portrait? (‘DISAPPEARRING TWICE’ a work in progress to be released as the buds of new green leaves sprout in the spring of 2019)

Whatever you call them: amulets, trinkets, keepsakes, or love tokens, sentimental objects retain the ghosts of their owners, and mistaken identities hide bigger pictures.

The ‘Desiderata’ (forgotten things) of vibrant lives live on in our imaginations. We want to know the hopes and dreams of our ancestors. We want to know what was and what could have been – the truths and the lost visions because

the heART of humanity is in the details.