A 104 YEAR-OLD MESSAGE IN A BOTTLE

Countdown, 24 hours –  April 13th, 1912 ten minutes to midnight – a mountain of ice lurking in the waters of the North Atlantic, awaits the Titanic, steaming towards it on its way to the bright lights of New York with 2,224 passengers and crew on board.

Countdown, two hours ten minutes – April 14, 1912 ten minutes to midnight – TITANIC’s side scrapes the iceberg. Small chunks of ice land on the decks. At first they’re a novelty and used as ice cubes in drinks… When the damage is assessed as fatal, RMS Titanic sends up flares and the first S.O.S. ‘marconigram’. A series of frantic messages continue. S.O.S. – SAVE OUR SOULS! 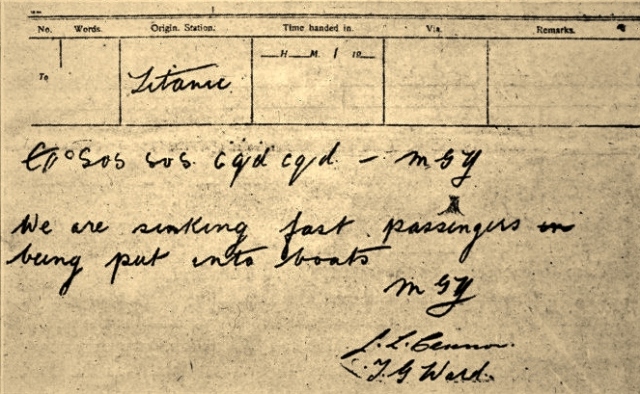 April 15, 1912  2:20 a.m. – Titanic is gone. What remains is a wasteland of dead and dying passengers held aloft by lifejackets or clinging to floating debris and twenty lifeboats on the periphery of the dead zone, maintaining a wide berth from desperate survivors who could overturn the boats in their eagerness to live. Even the half-filled boats with plenty of room keep their distance. The 700 passengers in the lifeboats are taken aboard ‘RMS Carpathia’ two hours later.

‘THE UNTHINKABLE SHOES’ –– a TITANIC-inspired novel by V. KNOX

A FIVE-YEAR-OLD BOY MUST KEEP A PROMISE MADE IN HASTE IN ORDER TO SAVE HIS SOUL AND REUNITE WITH THE GIRL HE WAS DESTINED TO MARRY.

– a novel of Literary Fiction, Magical Realism, and Paranormal Romance

3 Responses to SAVE OUR SOULS